Victory Christian International School was founded in 2000 as Victory Christian School by Victory, a non-denominational Christian church, under Bishop Manny Carlos. By 2008, the church had officially turned the school over to two of its long-serving members, Mr. Wallace Panlilio II and Mrs. Sheryl Panlilio.

Victory Christian School later became known as Victory Christian International School in 2010, when the school became recognised with International School status. In 2012, the school even started to offer a version of the Homeschool Programme, a version of a faith-based homeschooling module prevalent in the United States of America that other Christian education organisations have also utilised in various countries.

In May 2016, the school was accredited by the International Baccalaureate® Organization (IBO) to offer the Diploma Programme to its senior high school students. The school was recognized as one of the 19 IB World Schools in the Philippines and the first Christian IB School in Metro Manila. For two over decades now, the school has been the home of servant leaders working in the system of faith, excellence, leadership, and love in a Christian environment.

The school offers education levels from primary level to secondary level. The Primary level of education is a Christian international elementary system, with the high school established in the year 2000. Its instruction emphasises on Christian character-building, academic excellence, and the Christian leadership example.

It offers a regular school program accredited by the United States Department of Education, and now provides a flexible learning platform through its hybrid program benefitting homeschoolers. With more than two decades of experience in providing effective primary, secondary, and college-preparatory classes, the school pioneered a flexible learning program that sets up the best training ground for students to be fully equipped, and competitive at every stage of their lives. Students are empowered to level up their thought and execution processes through the valuable combination of classroom learning and project-based learning. 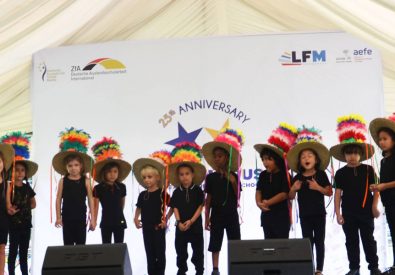