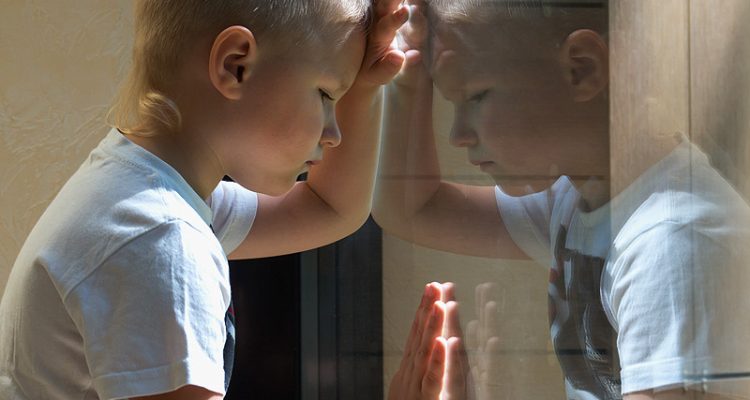 Among diagnosed children, it has been recognised that rates of depression have been increasing steadily in recent years. Not only that, but a study conducted in 2018 reported that almost 2 million young children and teenagers in the United States have been diagnosed with clinical childhood depression.

The numbers are troubling, as undoubtedly the rates are even higher when factoring the rest of the world.

Depression in children might even be more pronounced than adult variants: besides impairing a child’s academic and social participation, the mental health condition can trigger a range of other symptoms including loss of appetite, loss of interest in performing daily tasks, and negatively affecting their motor skills, intellectual development, and emotional wellbeing.

Given the wide-reaching implications that early onset depression can have on a young person’s growth, it is becoming more and more critical for adults to be able to identify the signs that a child in their care might be experiencing childhood depression.

It is easy to mistake a youngster’s mood swings and lightning-quick emotional shifts as depression, so it is vital to take note of the frequency and the intensity of these mood swings. Ask yourself, is my ward behaving erratically more than usual?

All children and teenagers have frequent behavioural shifts however, so this is not a reliable indicator, and is just one of a multitude of potential markers.

Other easily-misidentified symptoms include a persistent lack of energy – often thought to be an indication of the child’s unwillingness to participate, and is a companion syndrome of misdiagnosed tantrums, which might actually be outbursts or uncontrolled cries for help. Young children often do not know how to direct their mixed emotions, and therefore act out in a variety of ways.

Hence, it would be extremely beneficial to keep a journal or loose calendar that keeps check on the frequency and severity of fatigue, emotional outbursts (or lack thereof), frequent ailments, and other unusual attitude changes.

By doing so, you are better equipped to identify situations or settings that might go hand in hand with these behaviour abnormalities. Compare these with your child’s past behaviour, and see if you can spot patterns of discouraging traits.

Experts counsel that if such signs continually crop up for longer than 2 weeks, it is wise to seek professional help from psychiatrists or behavioural therapists.

A branch of psychology known as cognitive psychology advocates for the use of linguistics as a reliable representation of mental states. In this scenario, what your child says, and the way he or she says it, is an important indicator of what might be going on behind the scenes in their minds.

If the child says “I don’t like/want to do this anymore” in an indifferent manner, compared to an emotional manner, that could very well be an indicator. Both the general hopelessness of the message, as well as the uninterested delivery, is something to take note of, although of course this is by no means a certainty. However, this is exactly the sort of verbalisation that parents and caregivers should be aware of.

While not concrete proof, the simple act of listening to how and what they say, opens the door for us to respond in the right way. We can delve deeper into the cause behind their unhappiness, for example by responding to the statement “I don’t want to do this anymore” with “How do you feel when you do this?”

Children especially toddlers frequently do not verbalise their thoughts in detail, so having a prolonged conversation with them, prodding their thoughts with leading questions actually aids them in fleshing out their own thoughts. Which in turn empowers them with the necessary mental tools to better understand their own feelings.

Recognition will lead to better Care

As childhood depression becomes more prevalent, mental health professionals are becoming ever more efficient at identifying and treating the symptoms. But in order to be treated, parents, teachers, and other caregivers need to get better equipped at identifying the likely symptoms.