Why choose the British Curriculum for your child? 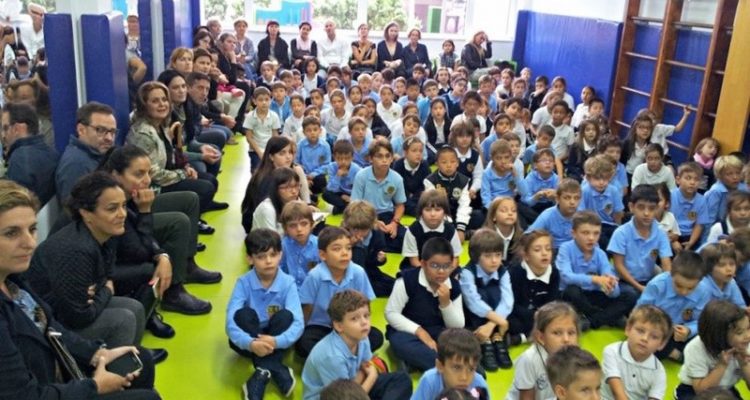 Many international schools and centres of learning elect to offer the National Curriculum of England, Wales, & Northern Island (also widely known as the British or U.K. curriculum) as their primary or one of the key courses offered to their international body of students.

As a parent, why should you select the British curriculum over other well-recognised courses such as the American Schools system or International Baccalaureate (IB) syllabuses?

The British International School Riyadh breaks down just what makes the U.K. national curriculum one of the most sought after international syllabus in the world. Here’s all you need to know:-

What is the National Curriculum of England?

Officially known as the National Curriculum of England, Wales, & Northern Island, the British national curriculum educates students by analytical problem-solving and critical thinking rather than by teaching them to retain facts.

The curriculum is structured in such a way as to cater to all the varying needs of students, be it by challenging brighter students or supporting others with an extensive array of teaching and learning methodology.

One of the hallmarks of the U.K. system is the focus on developing a child’s entire personality, not just academic merit. Children are nurtured to expand their potential by exploring the world around, taking responsibility for themselves, forming opinions, interpersonal relationships, and developing their bodies via sports and physical education.

A variety of assessment methods are used to grade students while still encouraging independent thought as well as mastery of a particular subject itself. Incorporated as part of the programme is the extensive range of extracurricular activities available within the British education system (dependent on the school selected, of course).

Above all, the course is highly transferable, meaning students can seamlessly move between different countries accepting the standard, or easily transfer back to the United Kingdom to complete their schooling with minimal disruption.

How the Curriculum is structured

The British system is clearly regimented, with the academic and other goals defined according to various Key Stages. The Foundation Stage, starts accepting kids from ages 3 to 5 for Nursery, while primary education comprises Key Stage 1 (ages 5-7 or Years 1 & 2) and Key Stage 2 (ages 7-11 or Years 3-6), ending with A-levels certification for secondary schoolers, with Key Stage 3 (ages 11 to 14, Years 7-9) and Key Stage 4 (from ages 14 to 16, or Year 10 and Year 11).

Pupils are expected to achieve certain at each Key Stage level. In the past, students were assigned national curriculum levels, but in 2014 levels were discontinued in favour of a primary school grading system which can vary from school to school.

At some schools, progress is determined by individual teacher assessments for Key Stages 1-3 based on the National Curriculum Attainment Targets for all subjects taken that year. At Key Stage 4, pupils might follow the International General Certificate of Secondary Education (IGCSE), with either Cambridge International Examinations (CIE) or Edexcel Examinations Board papers.

Finally, the students take their A-Levels at the end of Key Stage 5, that is either Year 12 or Year 13- otherwise known in the U.K. as the Lower and Upper Sixth Form, respectively.

Students are awarded certificates from the exam boards for the subjects they successfully complete. Typically in the IGCSE, the students take courses in the core subjects such as English, mathematics, science, and modern languages with the option to take additional subjects based on the available electives.

Equipping them with future-ready skills

The structure of the English National Curriculum readily equips children with the talents required to handle uncertain futures, where they have to adapt quickly, be responsive to demands that haven’t been defined yet, utilising tools and technology that might be unheard of at this present moment.

This sort of environment will require highly independent and self-motivated workers, which the British schooling standard well prepares participants for. In addition to preparedness and critical thinking skills, the British standard also allows for a globalised way of thinking, with awareness of other cultures and schools of thinking.