Do Games really help with Learning? 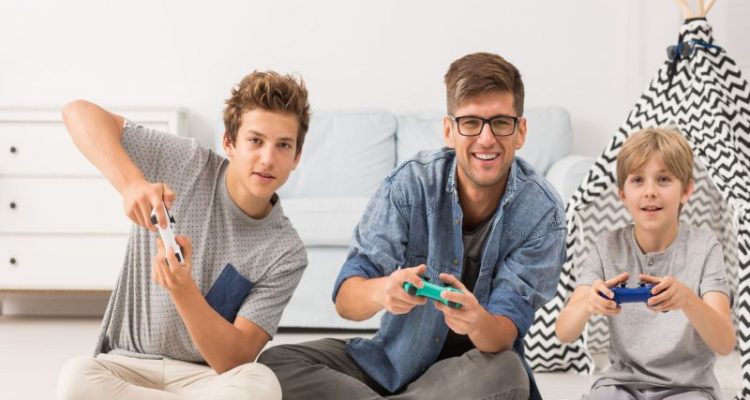 In a general sense, games are often associated with a negative stigma by the media, parents rights organisations, and the public in general. A few years back, broadcast and print media was rife with reports that violent video games led to mass violence amongst the youth, pointing to the American school shootings as proof.

Games have also been negatively attributed to causing children to become anti-social, preferring online mates to companionship in the physical world. Games have been said to make kids both lazy and AND hyper, and of course there is a common perception that playing games dulls a young person’s mind.

The emerging millionaires of the eSports world notwithstanding, games in general get a bad rap for the decline of civilisation- with kids these days far preferring electronic stimulation over book-learning any day.

In recent times, however, games have been extensively studied by experts– both for their positive and negative effects- with a specific focus on their impact on cognition (mental processes) and the links with childhood behaviour.

While the data is by no means conclusive, a picture seems to be taking shape that there might be sufficient positive takeaways from game-enhanced learning, to justify their continued usage in the classroom- not as a holistic application by themselves, but complementing with other forms such as books and application-based lessons.

One study identified four kinds of positive impact that games have on their participants: cognitive, motivational, emotional, and social.

The cognitive benefits are relatively well-known, namely that games improve reactions, focus, and attentiveness. The motivational benefit is interesting, as it encourages an incremental dangling of a reward carrot to spur on the player, coaxing him to improve in stages and not wholesale- which might be very frustrating, if the player does not succeed.

Games possess emotional benefits because they help induce positive mood states in their young participants, such as positive reinforcement, contentment, euphoria upon doing well, and might even help them learn how to adapt their emotions when faced with different scenarios. The social benefits derived from social interaction skills learnt in multiplayer games, can be transplanted to their peers, family, and other figures outside of the game environment.

An Irish study found that a higher percentage of online gamers, 62%, tended to hold a favourable disposition towards people from other cultures, thanks to their in-game interactions. This is in comparison with non-gamers, where exactly only half at 50% were likely to have a positive attitude to non-native people or interactions.

Some of these benefits, particularly the ones related to attention and motor functions, can even be found in the much-maligned action, “violent” games. This does not lessen the violence factor, but the benefits are tangible most likely due to the fast-paced demands on their reflexes.

The most convincing research, however, also happens to be the most confusing. A neurological study where players played platform-jumping games for at least 30 minutes every day for 2 months, examined their brains and found specific areas of their brain to be more active. Those brain areas happen to the ones that control motor functions, spatial navigation, active memory, and strategic planning.